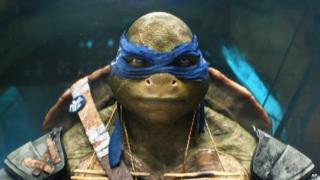 A Teenage Mutant Ninja Turtles sequel has been announced by film company Paramount.

The original Teenage Mutant Ninja Turtles film has only just been released in the US and is set to hit cinemas in the UK on 17 October.

The film follows Leonardo, Michelangelo, Raphael and Donatello in New York fighting off an evil character.

Paramount have set a rough release date for the sequel as June 2016.