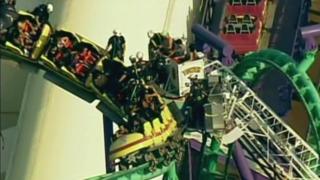 Fire-fighters in America had to rescue people from a rollercoaster after it became stuck.

The ride stopped mid-ride, leaving more than 20 passengers stranded 14 metres up in the air at the Six Flags adventure park in Maryland.

Park workers sheltered the riders with umbrellas to give them some relief from the blistering sun, while they were rescued.

Lucky for them, they were facing upwards when the ride stopped. No injuries have been reported. 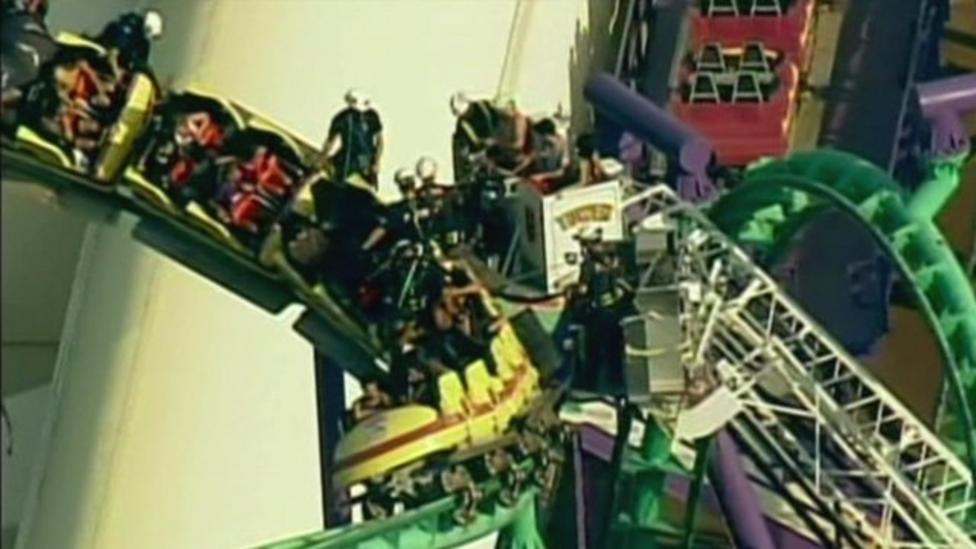