Dinosaur discovery is first to be found in Venezuela 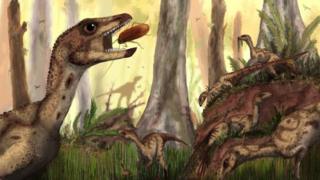 Mark Witton
Is this what the Laquintasaura venezuelae would have looked like?

A new dinosaur species has been discovered in Venezuela, and it's the first to have ever been found in the South American country.

Laquintasaura venezuelae lived shortly after the major extinction at the end of the Triassic Period, 201 million years ago.

The bones from four of the creatures were found together in the La Quinta Formation in Venezuela, and were identified by scientists at the Natural History Museum in London and the University of Zürich, Switzerland.

Laquintasaura walked on two hind-legs and was about the size of a small dog. 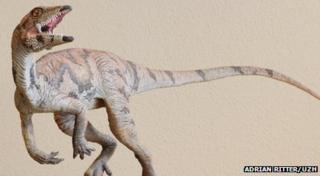 Although it is thought to have been a plant eater, the long curved tips on some of its teeth suggest it might have also eaten insects or other small prey.

Dr Paul Barrett, a palaeontologist at the Natural History Museum, said, 'It's always exciting to discover a new dinosaur species but there are many surprising firsts with Laquintasaura.'

'Not only does it expand the distribution of early dinosaurs, its age makes it important for understanding their early evolution and behaviour.'

One of many new discoveries

It is the latest in a line of exciting new dinosaur discoveries around the world, which have included the four-winged feathered Changyuraptor yangi, dicovered in China. 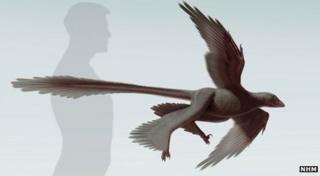 NHM
Changyuraptor yangi in comparison to a human 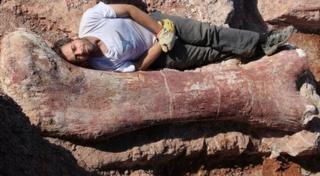 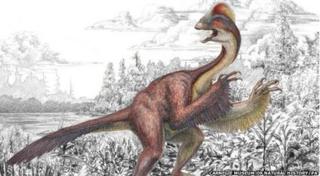 A new species of titanosaur was found in Argentina and is thought to be the biggest and heaviest of all dinosaurs to walk the earth.

Also, Anzu Wyliei, a 3m tall bird-like dinosaur was unearthed in the United States of America.