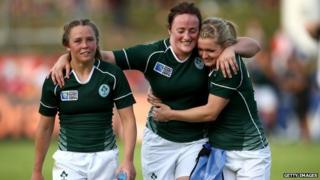 At the Women's Rugby World Cup, Ireland stunned the reigning champions New Zealand 17-14 in one of their most famous victories.

The defeat was the New Zealand women's first in a World Cup for 23 years.

In comparison, Ireland's men's team have never beaten the All Blacks in 28 meetings stretching back to 1905.

The Irish have now virtually sealed their place in the semi-finals of the tournament, which is being held in France. 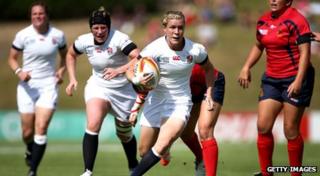 Elsewhere, England continued their winning start with a comfortable 45-5 victory over Spain.

But Wales's women were knocked out of the tournament after losing to Australia 25-3.