After a ten-year journey, the European Space Agency's spacecraft Rosetta has caught up with a comet in travelling in space.

It is the first time in history a space probe has orbited a comet.

Rosetta will be able to provide scientists with information on the 4km-wide lump of ice and rock dust in more detail than ever seen before.

In November, Rosetta will release a small robot lander, Philae, down onto the comet's surface. 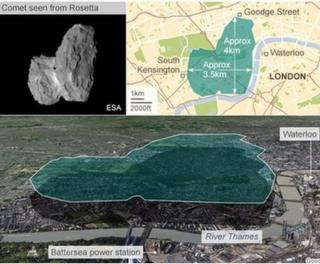 Rosetta will stay with the comet, which is called 'comet 67P', until December 2015.

The spacecraft started its journey from Europe's Spaceport in French Guiana, South America on 2 March 2004.

It has since travelled more than six billion kilometres, passing Earth three times and Mars once.

It has even flown past two asteroids. 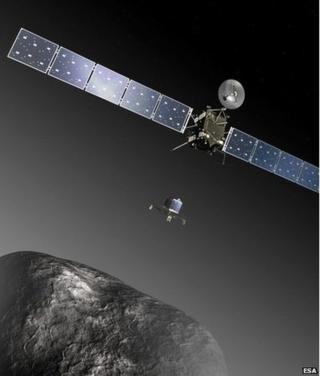 Rosetta was put into deep-space hibernation for over two years as it travelled out to the orbit of Jupiter.

At this distance from the Sun, the spacecraft could not make use of its solar power panels. It was awoken in January 2014.