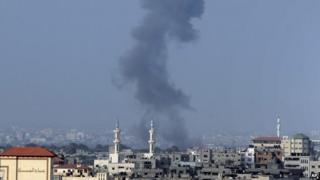 Israel and Palestinian militant group Hamas have agreed to a 72-hour truce to stop fighting in Gaza.

The Israeli military says it's withdrawn all its troops from the area, in the Middle East, after four weeks of heavy fighting between the two sides.

The ceasefire began at 6am our time.

Israelis and Arabs have been fighting over Gaza on and off, for decades. 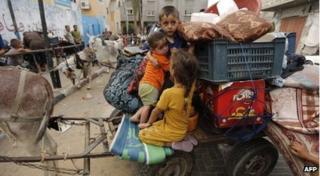 AFP
Displaced Palestinians have started returning to their homes in Gaza

Israel claims the main aim of the current conflict - to destroy militants' tunnels - has been achieved.

There have been several attempts to stop the fighting before now but none have secured peace.