Super day for home nations at Commonwealth Games in Glasgow

It was another exciting day at the Commonwealth Games yesterday with England and Scotland both picking up gold medals to add to their tally.

It was Scotland's fourteenth gold medal at the Glasgow Games. 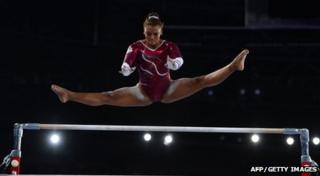 It was also a great of athletics for the home nations with the biggest roar being reserved for Scotland's Eilidh Child.

She responded to an emotional Hampden Park to win silver in the women's 400m hurdles at the Commonwealth Games.

Child, the 'poster girl' of the Games, clocked 55.02 seconds to finish behind Jamaican Kaliese Spencer.

"It was not enough for gold, but I will cherish my silver medal. That's one of my best moments ever."

The Englishman powered clear on the back straight to win in three minutes 21.67 seconds.

Okagbare finished in 22.25secs to add to her 100m victory earlier in the week. 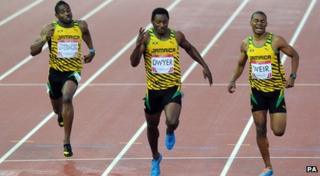 The trio of Sophie Tolchard, Ellen Falkner and Sian Gordon won the first end 5-0 and never looked back as they ran out 22-4 winners.

Another successful day for England saw them extend their lead at the top of the medal table with 44 golds, with Australia trailing in second place. Scotland are still in 4th place with 14 gold medals.