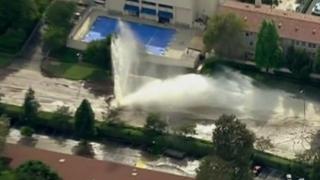 A burst water main on Los Angeles' famous road, Sunset Boulevard, has caused flooding at the University of California in America.

The main burst on Tuesday afternoon, sending a jet of water high into the air and opening a hole 10 feet (3m) wide in the street.

Nearby roads were flooded and water poured into underground car parks.

Three drivers had to be rescued from cars that were stranded in the water.

It took several hours to stop the flow of water and pipes had to be closed slowly to avoid further damage. 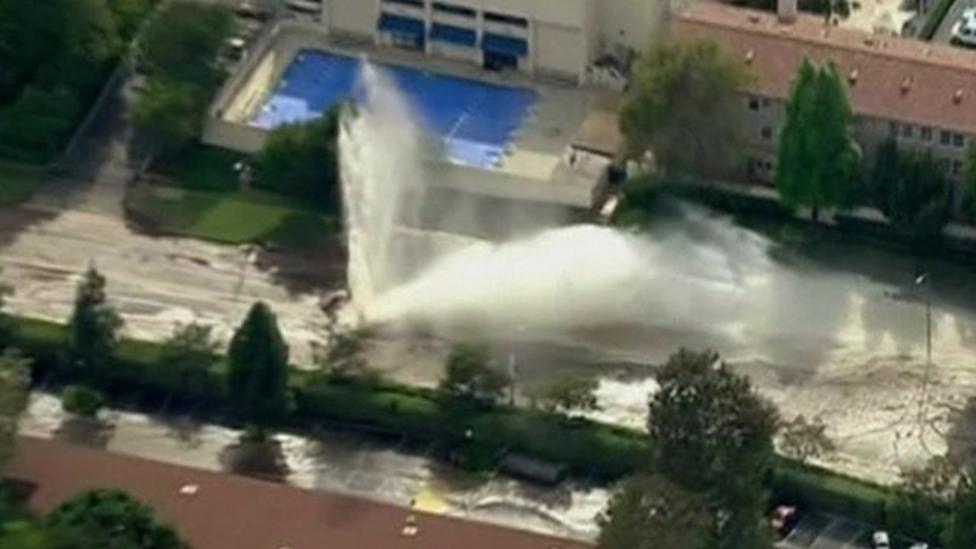