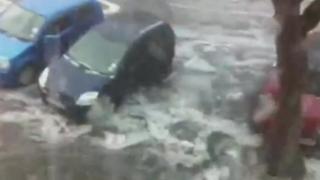 The sweltering summer weather took a short break this weekend as extreme conditions hit parts of the country.

Lightning strikes, hail, torrential rain and flash flooding have had major effects on people across east and south-east England.

London Fire Brigade said that it was helping people trapped in their cars across parts of the capital, and one road was described as a 'river of hail'.

Brighton and Hove police have told people to not enter flood water on foot or in cars. 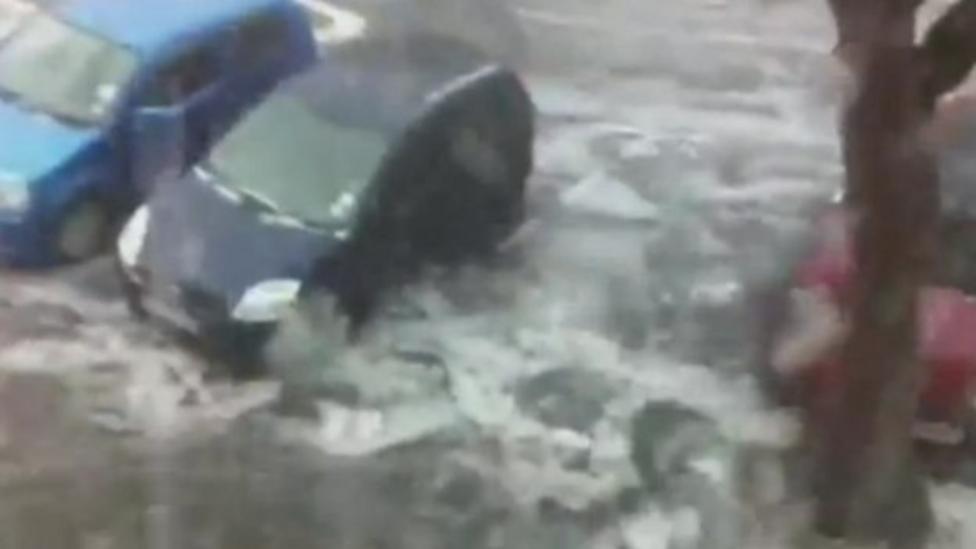