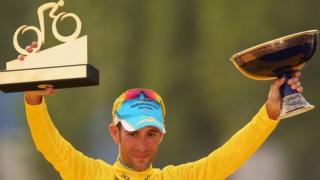 Vincenzo Nibali has won the 101st Tour de France, finishing the final stage on the Champs-Elysees in Paris.

The Italian cyclist is the sixth man to win all three Grand Tours - the Tour de France, Giro d'Italia and Vuelta a Espana.

His winning margin of seven minutes 37 seconds over Jean-Christophe Peraud in second is the biggest since Jan Ullrich won by more than nine minutes in 1997. 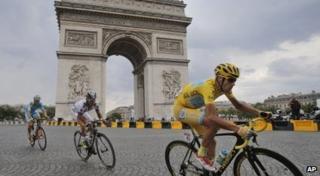 Nibali is the first Italian winner of the race since Marco Pantani in 1998.

He said: "After winning the Vuelta, the Giro and the Tour, I'll keep focusing on Grand Tours but I'd also like to crown it all with a world champion's rainbow jersey one year." 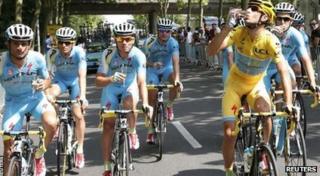 Nibali added: "The Vuelta was perhaps the most important competition because it gave me the strength to go into the Giro and the Tour in the following year.