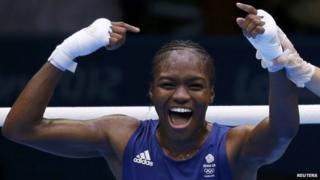 Reuters
Nicola Adams will be in the spotlight for England today

14:30 - Squash: The singles finals take place with England expected to dominate the men's event. World champion Nick Matthew and James Willstrop are the top two seeds, with Matthew looking to become the first man to retain a Commonwealth singles title. In the women's singles England's Laura Massaro won this year's world title and has high hopes as the second seed.

14:00 - Hockey: Australia's women face England in the group-stages. In the recent Hockey World Cup in the Netherlands Australia were the top Commonwealth nation, losing to the Dutch in the women's final, while England's women finished a surprising 11th of 12 teams.

Wales will face Scotland's women in the following match at 16:00 BST. Scotland are ranked 16th in the world heading into Glasgow 2014 while Wales are ranked 32nd. 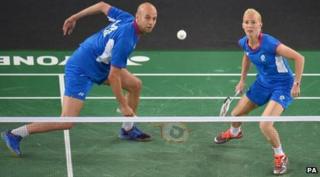 19:00 - Athletics: Sorry - there won't be any Usain Bolt today. The Jamaican track legend and six-time Olympic champion is expected to feature only in the 4x100m relay event on Friday and Saturday this week. His team-mate Yohan Blake is missing the Commonwealth Games entirely, leaving Nickel Ashmeade, Jason Livermore and Kemar Bailey-Cole flying the Jamaican flag in the 100m.

Adam Gemili, Richard Kilty and Harry Aikines-Aryeetey are the English entrants for this event, with neither James Dasaolu nor Chijindu Ujah - who recently became the third British male to run sub-10 seconds - performing well enough during the qualifying period to be selected. No Scots or Welsh will take part.

Visually impaired Northern Irish sprinter Jason Smyth has been selected to race in the 100m despite struggling with injury and failing to meet the qualification time. Aled Davies, captain of the Welsh team for Glasgow 2014, competes in the Para-sport discus F42 event with Daniel Greaves representing England. Scotland's Libby Clegg, twice a Paralympic silver medallist, races in the women's T12 100m. 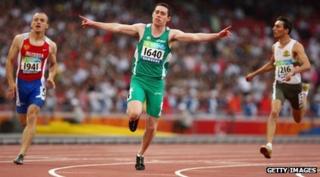 Ones to watch at the World Athletics Championships

Five ways the world is dealing with extreme heat