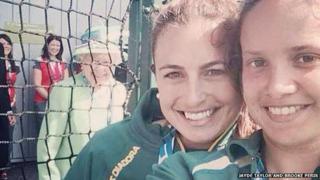 Two Australian hockey players had a surprise guest in their selfie - Her Majesty The Queen!

Jayde Taylor took a snap with team-mate Brooke Peris at the Commonwealth Games.

The pair were surprised to see the Queen flashing a beaming smile behind them.

Jayde wrote on Twitter: "Ahhh The Queen photo-bombed our selfie!"

People appearing in the background of a photo unexpectedly is often called photo-bombing. 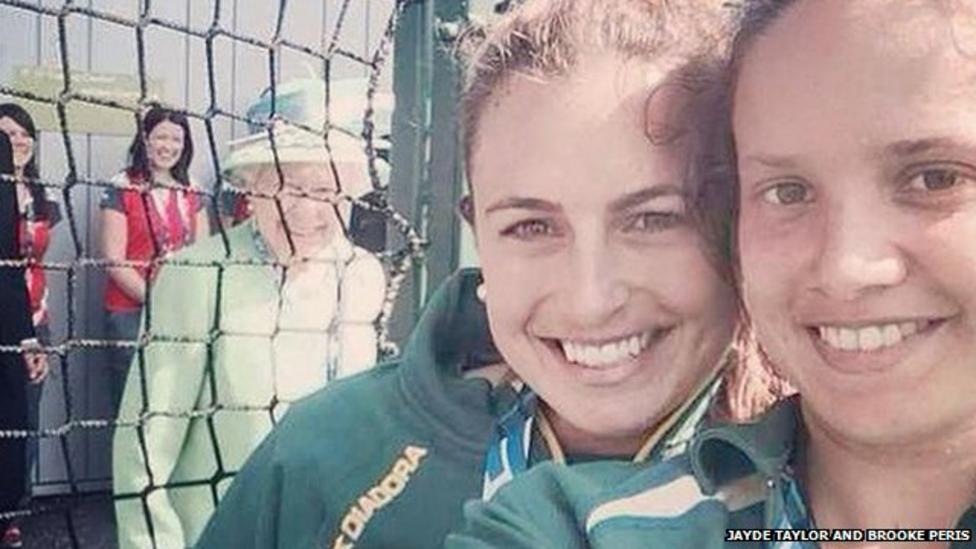