Mo Farah pulls out of Commonwealth Games in Glasgow 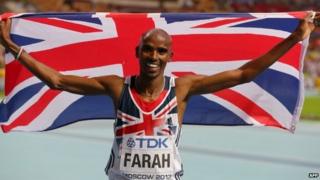 Double Olympic gold medallist Mo Farah has pulled out of the Commonwealth Games in Glasgow as he hasn't recovered from a recent illness.

However, he has decided to stay in his training camp to be fit for August's European Championships in Switzerland.

The Team England athlete said it was a "tough decision", adding: "The sickness I had two weeks ago was a big setback."

He said: "Training is getting better but I need another few weeks to get back to the level I was at in 2012 and 2013.

"I really wanted to add the Commonwealth titles to my Olympic and World Championships, but the event is coming a few weeks too soon for me.

"My body is telling me it's not ready to race yet."

He's not the first high-profile athlete to pull out, with a number of top names missing from the Games for various reasons.

Watch: What are the Commonwealth Games?