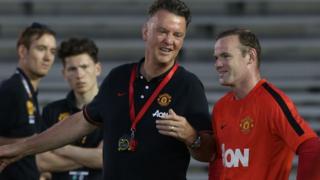 Van Gaal then gives Phil Jones a high five after the defender scored, before giving him some words of advice.

United play Los Angeles Galaxy in California on Wednesday, before games in Denver, Washington and Detroit. 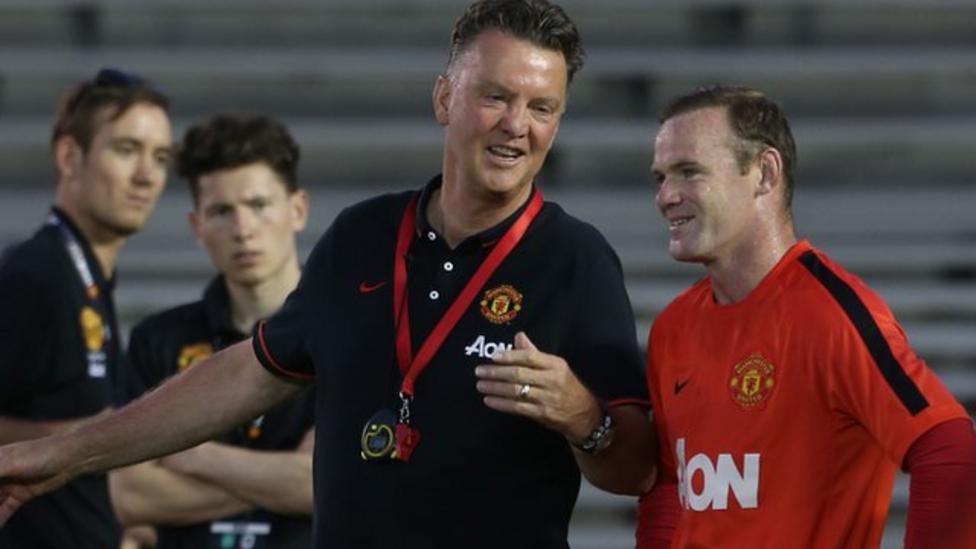