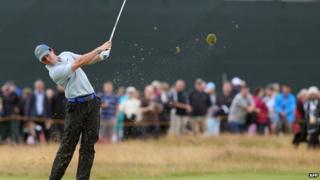 Rory McIlroy is top of the leader board at the Open Championship at Royal Liverpool, with a six shot lead.

Victory on Sunday would make him the third player, alongside Tiger Woods and Jack Nicklaus, to win three majors by the age of 25.

But Rory isn't getting carried away, saying: "I know leads can go quickly... that's why you can't let yourself think about winning."

American Rickie Fowler is his nearest contender for the title on 10 under. 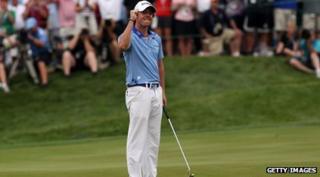 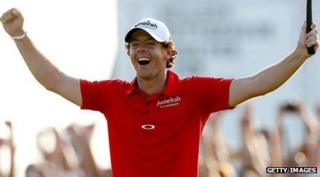