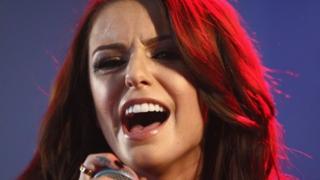 Cher Lloyd tells us about her new album

Cher Lloyd came fourth on The X Factor in 2010, the same year One Direction were on the show.

Since then she's been busy making songs, including her UK number one with Swagger Jagger in 2011.

She's also been in America trying to crack the charts there, and now she's about to release her second album, Sorry I'm Late, in the UK.

Hayley caught up with her to find out more.

Cher Lloyd tells us about her new album