It's hoped a ceasefire will bring peace between Palestinian militants in the Gaza Strip and Israel, if both sides can agree.

Fighting has been going on for over a week, with rockets fired into Israel and air strikes on Gaza.

But there's been violence in this part of the world for decades between Israel and Palestinian groups based in Gaza.

The Palestinian groups are unhappy that Israel controls some of what can come in and out of Gaza, and Israel is unhappy that it comes under attack from inside Gaza.

The last major period of fighting between the two sides took place in 2012. 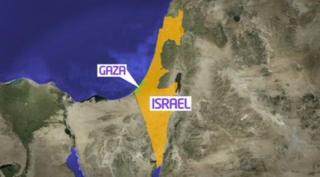 Then in June this year three Israeli teenagers were murdered in the West Bank, which is controlled by Israel.

Tensions rose further after a Palestinian teenager was killed in Jerusalem, in what may have been a revenge attack.

In the past week hundreds of rockets have been fired from Gaza by militants into Israel, which has a high-tech missile defence system.

Israel has launched air strikes on Gaza - saying it's the only way for them to stop rockets being fired.

More than 200 people have been killed in Gaza. The UN says over three-quarters of those who died were civilians. Israel says Hamas hides its fighters among civilians.

Thousands of people have also fled their homes.

One Israeli man was killed on Tuesday by a mortar shell fired from Gaza, and others have been seriously injured by rocket attacks.

The house that literally moved!