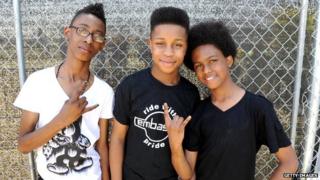 An American heavy metal band, made up of a 12-year-old and two 13-year-olds, has signed a record deal with Sony Music.

The trio, called Unlocking The Truth, have already played at major festivals and even played before rock legends Guns N' Roses at their concert. 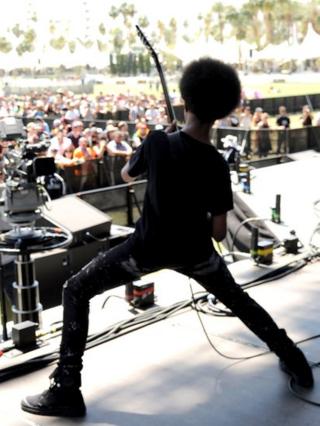 Getty Images
Malcolm from the band performing at Coachella

The teenagers, from Brooklyn in New York City, write their own songs while still going to school.

Jarad's mother, Tabatha Dawkins said: ''It's so exciting. We're jumping over the moon. It's been one great thing after another."

The band say they just want to be the the best metal band in the world.