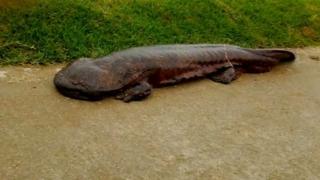 Salamander spotted on walk to school

A rare giant salamander has been spotted by a boy on his way to school in Japan.

Yu, a high school student in Kyoto, saw the creature slithering along the path by a river bank.

He filmed the salamander and asked police to guard it until it went back into the river.

Yu said: "I was just walking without really paying any attention to it but once I got close to it, it started to move"

"That's when I realized it was this giant salamander".

Japanese giant salamanders are amphibious, meaning they live on land and in water, and can grow up to 150 cm. 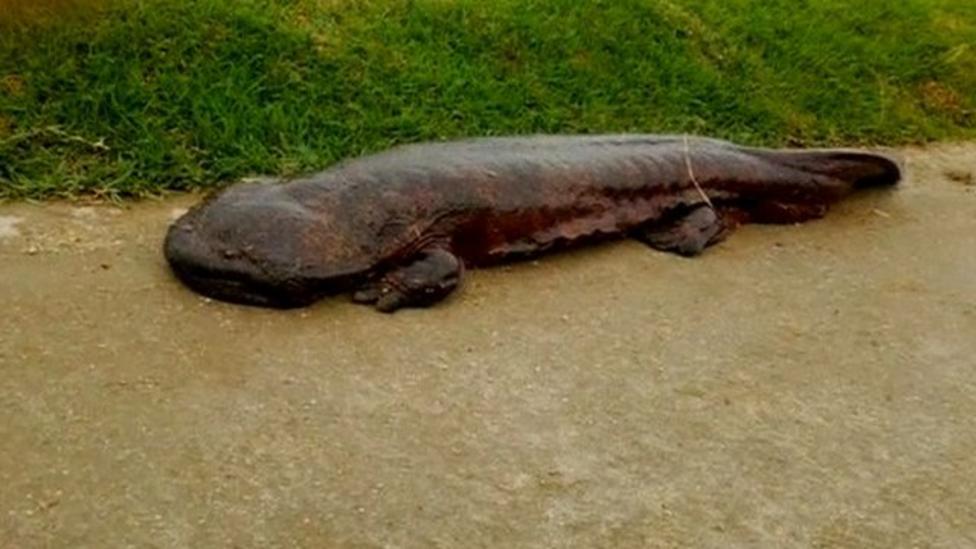 Salamander spotted on walk to school