The shortlist of locations has been revealed for the UK's first spaceport - a dedicated base for spaceplanes.

Eight sites across the UK have made the shortlist, six of which are in Scotland.

The base could be used by companies taking tourists into space, as well as to launch satellites.

The spaceport would be the first of its kind outside America and the government wants to have it up and running by 2018. 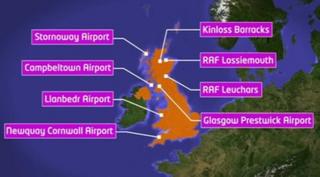 Eight locations across Scotland, Wales and England are on the shortlist

Space is one of the fastest growing industries in the UK: it generates more than £11billion for the economy each year, and employs around 34,000 people.

Yes campaigners who want an independent Scotland, say that only independence would develop the Scottish space industry. 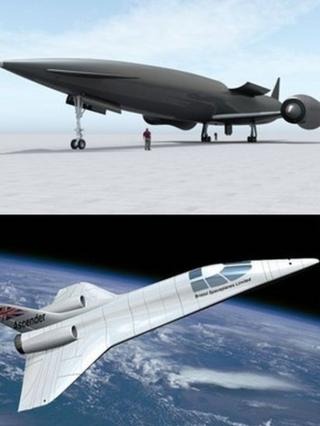