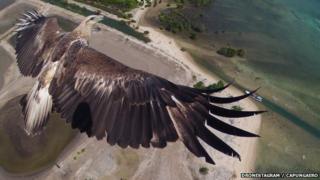 A drone's eye view of an eagle soaring over Indonesia has won first prize in a new photography competition.

The images have all been made by photographers using remote control flying robots, or drones.

Aerial photography has become more popular in recent years because cameras have got a lot smaller and lighter and drone technology has become cheaper.

Eric Dupin of Dronestagram, who ran the competition sponsored by National Geographic said:

"It's a new vision of the world. It is so different to images taken by satellite or plane or helicopter, or, on the other end, street view images."

Here are the other winners, selected by a panel of judges. 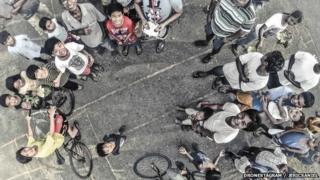 dronestagram / jericsaniel
"I was flying in the park one Sunday morning when suddenly people had become really interested with my drone," says the photographer in Manila
3rd place: 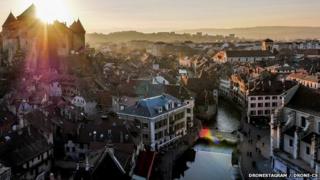 dronestagram / Drone-cs
The sun setting over the picturesque town of Annecy, south-eastern France

As well as the judges' prizes, awards were also given out for the most popular photographs among visitors to Dronestagram. 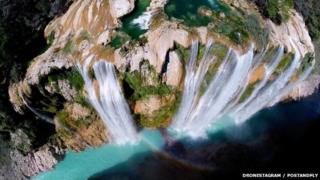 dronestagram / Postandfly
The Tamul waterfall in Mexico is famous for not only being enormous - 105m (344 ft) tall - but also for the beautiful crystal-clear water found below it
2nd place: 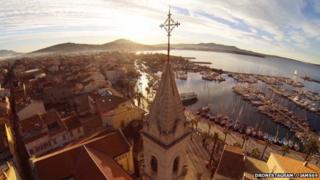 dronestagram / jams69
South-eastern France again proving to be a popular location for drone photography - this is a shot of the Paroisse Catholique Saint Nazaire, in the small town of Sanary-sur-Mer
3rd place: 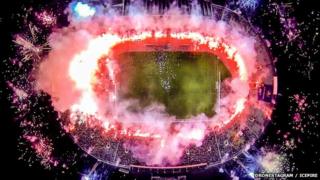 Video drone that flies itself