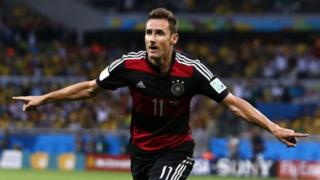 Watch all of Miroslav Klose's 16 World Cup goals, as the German striker becomes the record scorer in World Cup history.

He overtakes Brazilian striker Ronaldo, as the tournament's all-time top scorer with 16 goals.

He's also Germany's leading goalscorer with 71 goals in 136 games and he is the only player to score at four different World Cup tournaments.

Klose scored his first World Cup goals against Saudi Arabia when he smashed in a hat-trick in the 8-0 win in 2002. 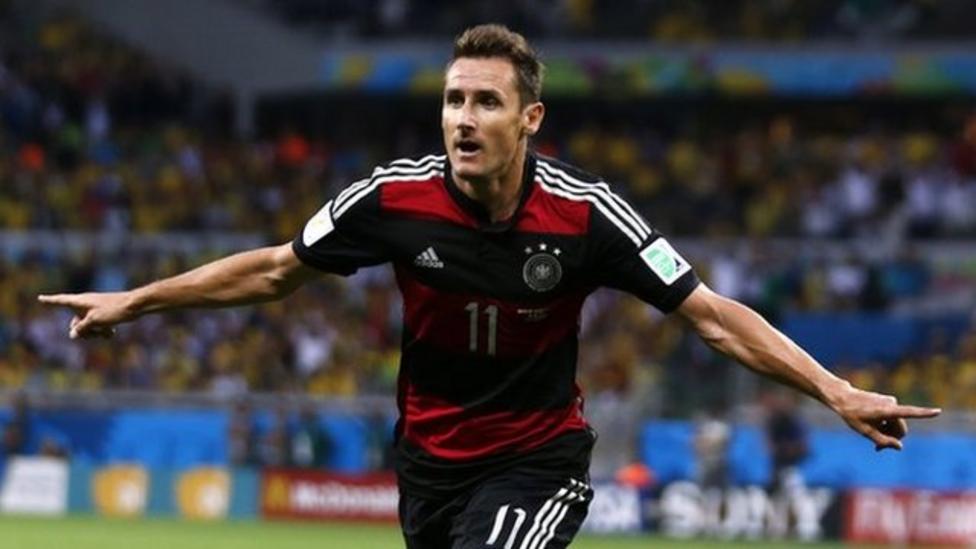