A tiny spider-like creature that would have lived 410 million years ago has been recreated using digital animation.

The creature's fossilised remains were so well preserved, scientists could see all its leg joints and could recreate how it would likely have moved.

With the catchy name trigonotarbid, it was one of the first land predators.

Just a few millimetres long, it would probably have preyed on flightless insects and other invertebrates, which it would run up to and jump on.

Using special software, they rebuilt the animals in a 3D animation and compared how they stood to spiders of today.

"We know quite a bit about how it lived," said Russell Garwood, a palaeontologist (expert on prehistoric animals) with the University of Manchester.

He explains the animal had "a special filtering plate in its mouth," which indicates that as spiders do, it would have spat digestive juices over its prey to partially dissolve it, before sucking up the liquid food. 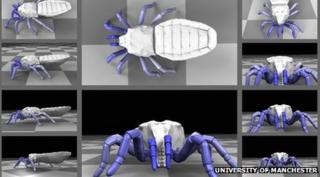 The fossil specimens they studied were found in Aberdeenshire in Scotland, an area famous for its brilliant fossils.

Jason Dunlop, from the Natural History Museum in Germany's capital city Berlin, co-wrote the research. He said: "These fossils are unusually well preserved."

He explains that for him, "What's really exciting here is that scientists themselves can make these animations now, without needing the technical wizardry (and immense costs) of a Jurassic-Park style film. 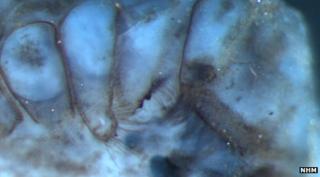 "When I started working on fossil arachnids, we were happy if we could manage a sketch of what they used to look like.

"Now, they run across our computer screens."

Huge bird is largest ever to have flown, say scientists