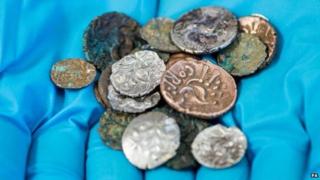 A precious hoard of Roman and Late Iron Age coins has been discovered in a cave.

The coins have been undisturbed there for more than 2,000 years.

The first four coins were found by a member of the public in the cave in Dovedale, Derbyshire.

The discovery prompted a full-scale excavation of the site, where archaeologists found 26 coins.

Experts say it is the first time coins from these two separate civilisations have been buried together. 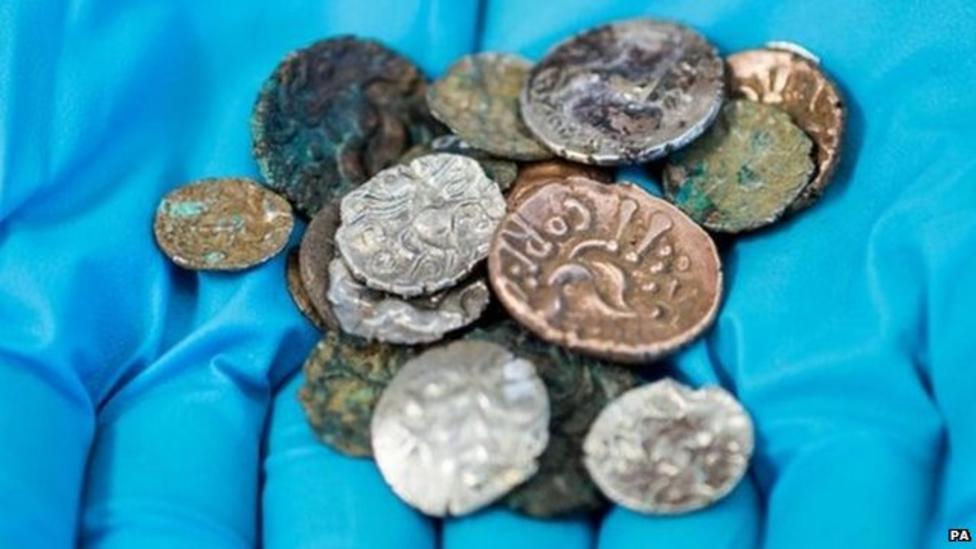