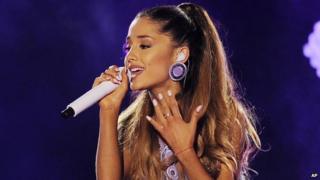 The new rules say streaming a song 100 times counts as one sale.

But Ella didn't sell as many copies, so her track didn't top the chart again.

Radio 1 DJ Jameela Jamil told Newsround: "I don't think it's massively going to affect the songs we see in chart... but I do believe songs are probably going to stick around for longer."

UK chart to include streaming from July