Who's in the Wimbledon semi-finals? 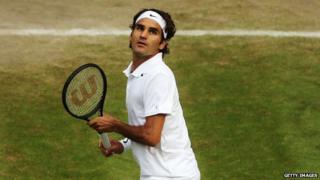 Seven-time champion Roger Federer and top seed Novak Djokovic have made their way into the Wimbledon semi-finals.

The fixtures were revealed on Wednesday after Andy Murray was knocked out of the competition.

The women's singles semi-finals took place on Thursday and the men's take place on Friday.