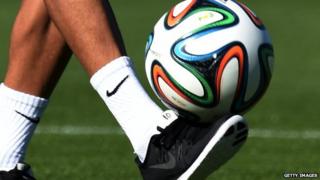 There are only eight teams left in the World Cup in Brazil.

Brazil, Argentina, Holland and even Costa Rica are still in with a chance of winning the biggest football tournament in the world.

The quarter-finals get underway today and here are the matches to look forward to: 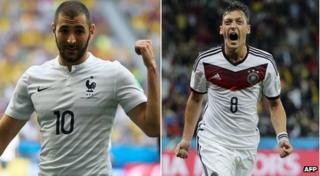 Two giants of European football go head to head and this match could feature a lot of goals.

France and Germany are the two highest scoring teams in the World Cup so far netting 19 goals between them. 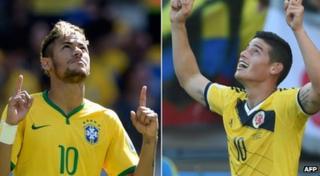 Our Brazilian hosts haven't set the tournament alight yet with their football but that will need to change if they want to get through this game.

Colombia are the in-form team and with James Rodriguez, who is the World Cup's top scorer at the moment with five goals, they'll be tough to beat. 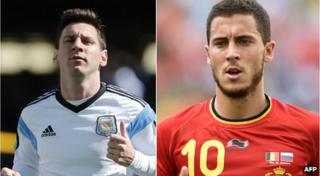 The Belgians managed to qualify from their group with a 100 per cent record proving why they were labelled as 'dark horses' before the tournament. But Argentina will be their toughest test to date.

Despite scoring four goals already, some have suggested Lionel Messi has not yet hit top form in Brazil.

More than 40 million Argentines will be hoping he guides his side into the semi-finals for the first time in 24 years. 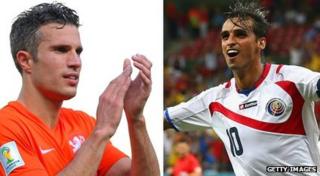 Netherlands are the clear favourites to win when they take on Costa Rica who will be playing their first ever quarter-finals match at a World Cup.

However, Costa Rica have already beaten Uruguay and Italy in this tournament and shouldn't be underestimated.