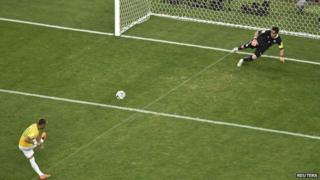 The match between the two South American countries was one-all at the end of extra time, so the match went on to the first penalty shootout of the tournament.

The hosts will take on Colombia next.