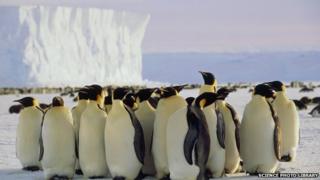 Antarctica's emperor penguin population could fall by at least a fifth by 2100, according to a new study.

There are currently around 600,000 penguins living on the icy continent.

Scientists who took part in the research suggest that the main threat to the penguins comes from changes to sea-ice cover in the Antarctic, which will affect their breeding and feeding.

The report was published in the Nature Climate Change journal. 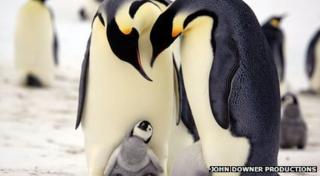 To feed their young, emperor penguins leave the colony for months at a time and travel long distances across Antarctic ice to reach open water to find food.

They need an ideal amount of sea-ice cover for a variety of reasons, including protection from predators while foraging.

The changes to the sea-ice cover can also affect the levels of krill, the emperor's main food source and a critical species in the Antarctic food web.

As the availability of food falls, parents are away from their young hunting for longer periods. The researchers think this makes it more likely that chicks will become more vulnerable to predators or starvation.

Now, the scientists are urging governments to list the birds as endangered to help protect them.