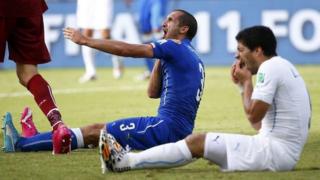 Fifa, the people in charge of world football, have opened an investigation after Luis Suarez appeared to bite another player during a World Cup game.

The referee took no action at the time, but Fifa could give him a ban of up to 24 matches or two years.

Suarez and Uruguayan Football Association have until 5pm Brazil time on Wednesday to respond.

The Liverpool striker was given . 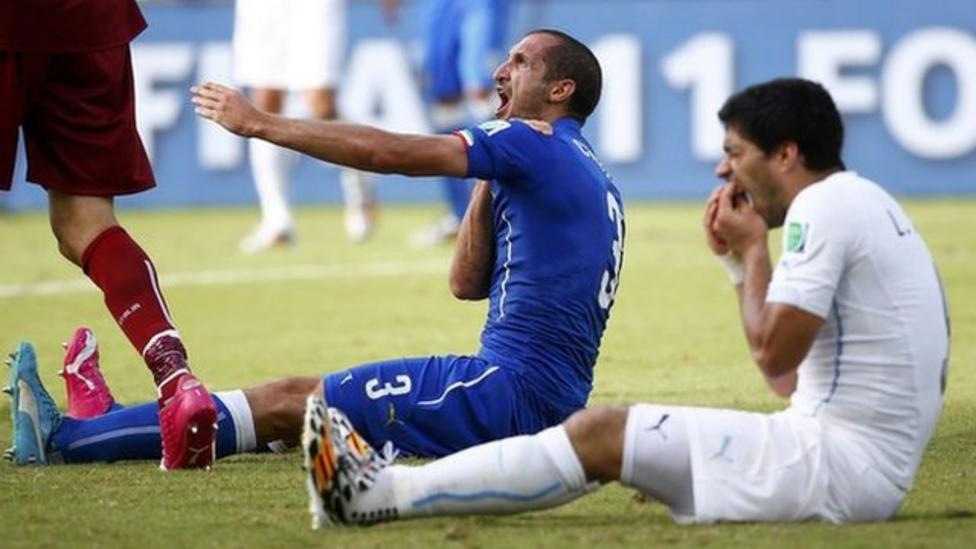