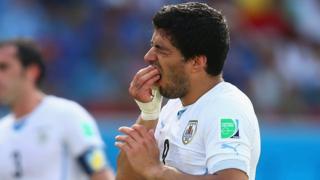 Not the first trouble for Suarez

Uruguay's Luis Suarez appears to bite Italian defender Giorgio Chiellini, which would be the third time the Liverpool player has committed such an offence.

The incident happened during Uruguay's 1-0 victory over Italy, which sees Uruguay qualify for the last 16 and eliminates Italy for the tournament.

Martin reports on what is the latest in a long line of controversial incidents involving the striker. 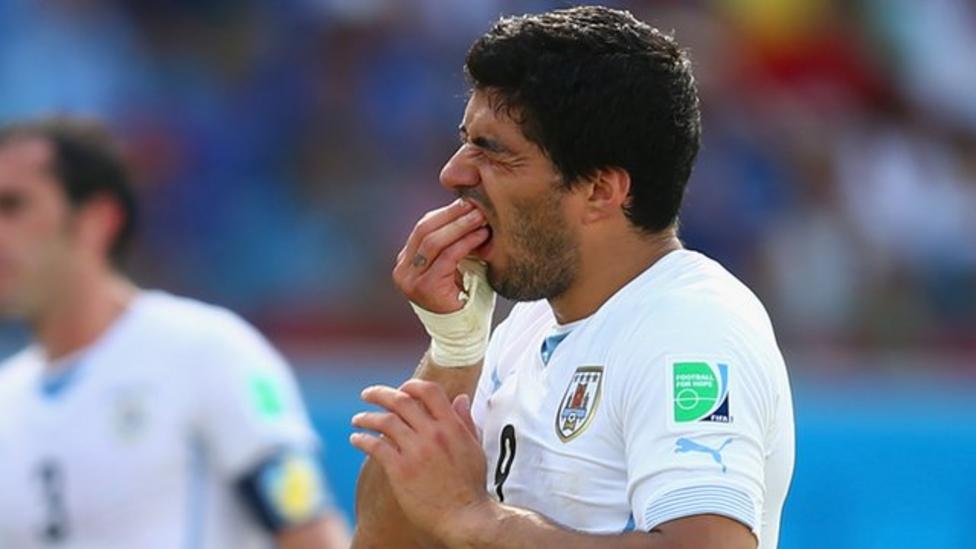 Not the first trouble for Suarez