Thousands of children run away from fighting in Iraq 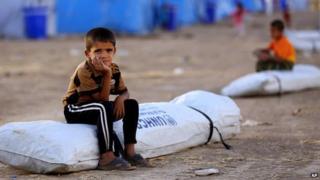 An estimated one million people have been displaced as a result of violence in Iraq.

Many of those are children who have been forced to flee their homes after fresh fighting erupted within the country.

Clashes between the government and those who oppose it have heightened in recent days and an Islamist extremist group called Isis, which has links to terrorist group Al-Qaeda, has taken control of several Iraqi cities.

For those who've escaped the violence life is difficult and aid agencies are struggling to cope.