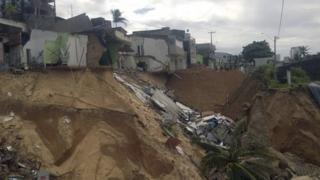 Houses in a favela, near one of Brazil's World Cup stadiums, have been evacuated after this huge sinkhole opened up.

The massive crater is filled with household items and vehicles.

The hole is just four miles from the Arena das Dunas stadium, which is set to host the Group D match between Italy and Uruguay on Tuesday.

It opened up earlier this week after a record amount of rainfall fell and has continued to grow since. 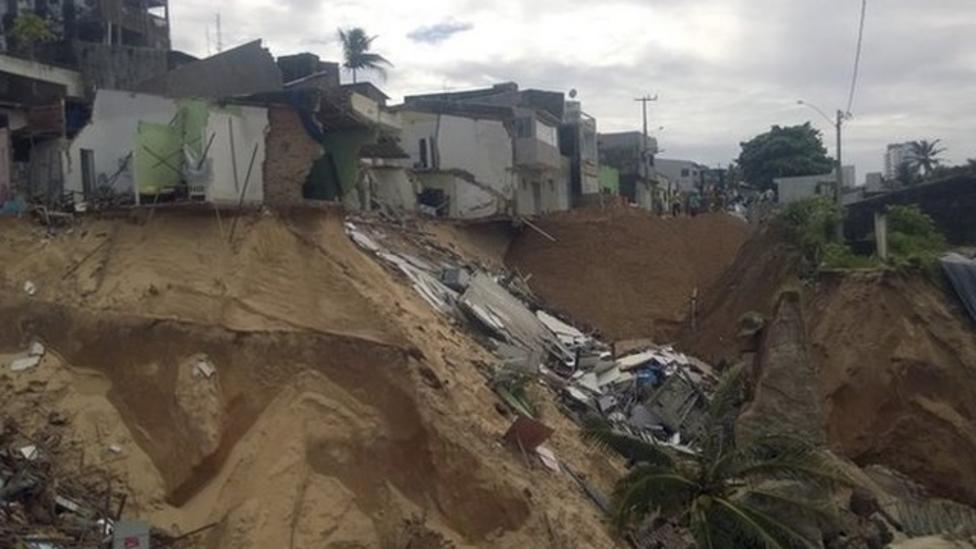