Iraq is a country in the Middle East that has been in the news for many years because of fighting there.

Now it is being talked about a lot again, because there is a battle taking place over a city called Mosul.

Mosul is currently under the control of a group that calls itself Islamic State (IS), but Iraqi soldiers want to take it back off them. 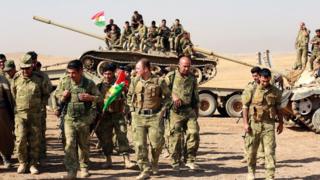 IS have extreme religious beliefs and use brutal violence against anyone who doesn't agree with their views. They're trying to take control of areas of the Middle East, forcing people to live by very strict rules.

An army of around 50,000 troops is involved in the operation to take Mosul from the IS soldiers in the city. 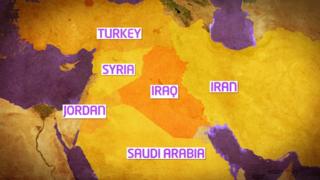 Iraq is situated in the Middle East

The people battling against IS are made up of many different groups who all want to remove them from power. However, even though they are fighting together, some of the people in this group have different beliefs and disagree about how Iraq should be ruled. But they have joined together to fight IS.

Some countries around the world are also helping them.

The US government has said there could be as many as 5,000 IS soldiers in Mosul. 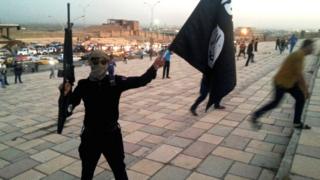 It is likely to take a long time for Iraq to win the city back from IS. But why is this fight significant? And where did all this conflict in Iraq come from?

Newsround explains where this situation started, who is involved, and what it means for the people who live in the country.

Where did it start?

The problems in Iraq have gone on for a long time.

Back in 2003, British and US troops went to war in Iraq to remove the leader of the country, Saddam Hussein, from power.

Leaders of these countries said at the time that this needed to happen because he was a dangerous man who treated the people in his country very badly. They also said they believed he was hiding extremely dangerous weapons.

Saddam Hussein was captured in 2003 and killed three years later.

The decision to go to war in Iraq was a controversial one. None of the dangerous weapons that the US and UK leaders said they believed Saddam Hussein had were ever found. This led to an investigation, which you can read about here. 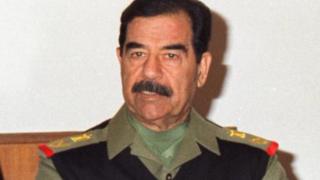 Removing Iraq's leader from power was supposed to be quite a simple mission, but it turned into a long war that lasted eight years.

This was because after Saddam Hussein was no longer in charge, there were many people fighting for power in the country.

In 2009, British forces stopped fighting there and the US followed by the end of 2011. More than 4,500 US troops died in the Iraq war and 179 UK soldiers lost their lives.

Why did the fighting not stop after the Iraq war?

Everybody hoped that Iraq would be able to recover on its own after the conflict. However, this didn't happen.

Most people in Iraq are Muslim, but they belong to different types of the religion. Some are Shia Muslims and some are Sunni Muslims. These two groups disagree about how the country should be run.

The government in Iraq is Shia, while IS soldiers claim to be Sunni Muslims - although other Sunni Muslims around the world say IS fighters are not Muslims at all, because they are so violent.

While Sunnis and Shias fought over who would be in charge, IS also wanted power, so the group started to gain control and captured many parts of the country. 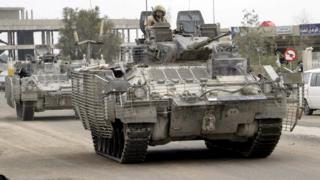 Because of this, the fighting in Iraq continues, even though British and US troops have left.

What is Islamic State?

IS was formed in Iraq after British and US troops invaded the country in 2003. It actually grew from another extremist group called al-Qaeda, which has existed since the end of the 1980s.

When the foreign soldiers left Iraq, IS made the most of the chaos in the country and started to try to take over.

They didn't just do this in Iraq, but also in other areas too, like Syria.

In 2014, IS took over large parts of north and west Iraq, including the city of Mosul. After capturing Mosul, their leader made an announcement that every Muslim should follow his rules.

This told the rest of the world just how serious IS was about gaining a lot of power. Then people from around the world, including the UK, went to join IS.

When IS started to kill and capture thousands of members of a religious group called Yazidis, the US and many other countries launched airstrikes against them in Iraq in August 2014, to try to stop them.

But the group is still in power in places like Mosul, so the fight to stop them continues. 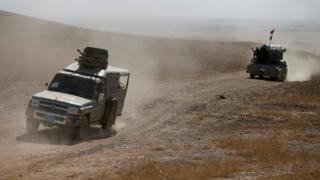 Why is Mosul so important?

The fight for who controls the city of Mosul is important for a number of reasons.

Mosul is the second largest city in the country. Being able to take it over showed the world how IS was able to take power when they wanted to.

Now it is the last main city in Iraq that IS are still in control of, so taking it off them would be a big sign that they are losing their power.

It would also be significant because Mosul was the city where they said every Muslim should follow their rules. 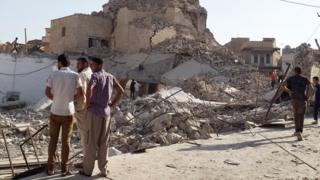 AP
People look at the ruins of a mosque, which IS destroyed in Mosul in 2014

There was outrage all over the world when IS started to destroy important historical places in Mosul that could never be replaced, like shrines, tombs and religious buildings that have existed for hundreds of years.

Regaining this city would mean a lot to the people who have watched their city destroyed by IS.

What's the impact been on people there?

Whenever there is a war or violent fighting anywhere in the world, ordinary people usually get caught up in the conflict.

They are forced to flee their homes, families get separated, and people don't have enough to eat or somewhere safe to live. The conflict in Iraq has been no different.

Many families and children have found their lives turned upside down. 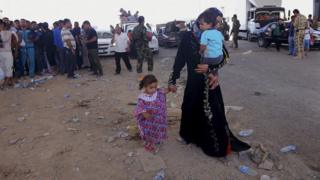 AP
Many people, like this woman and her children, have had to flee from their homes in Mosul in order to escape from the fighting

The United Nations (UN), the international group of countries that work together for peace, believes that more than 3 million people in Iraq have been forced to leave their homes to escape the fighting with IS.

It is worried that the current battle for Mosul may force another million people to become refugees too. Many more may get caught up in the fighting and run the risk of being killed.

The UN thinks that up to 100,000 people may try to escape to countries like Turkey and Syria, where there is also fighting. 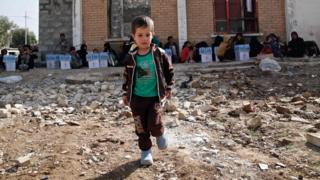 How does the future look?

The battle for Mosul is likely to take a long time.

Even once the fight is over, and even if IS lose control of Mosul, there is still a long way to go before they have all of their power taken off them.

Most people in Iraq are hoping for peace one day and to be able to rebuild their lives.

But the different groups in Iraq still need to agree on who should be in power, and they need to stop fighting between them before there can be peace in this country. 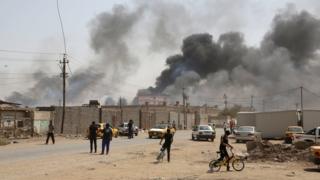 AP
Smoke rises after explosions in the capital of Iraq, Baghdad, where there is also fighting

If you're upset by this story, or anything in the news, you can find advice here.

What is the Chilcot report and what was the Iraq war?

Why are migrants coming to Europe?