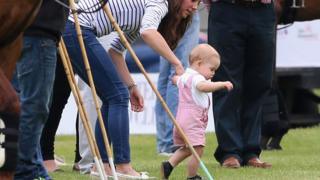 Prince George has been photographed walking with the help of his mother, the Duchess of Cambridge.

His steps were captured on Sunday as princes William and Harry lined up on opposing sides in the Jerudong Trophy at Cirencester Park Polo Club.

It is thought to be the first time the baby prince has ever been seen taking to two feet in public.

George - who is third in line to the throne - will turn one next month.

He was also seen playing football on the sidelines of the charity polo match. 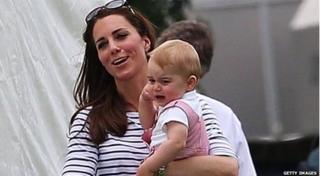 Getty Images
It wasn't all smiles for the prince, though. 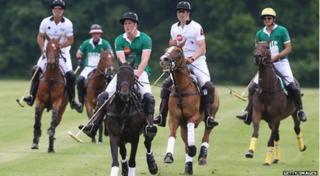 Getty Images
On the polo pitch, the Duke of Cambridge and Prince Harry were on opposing teams 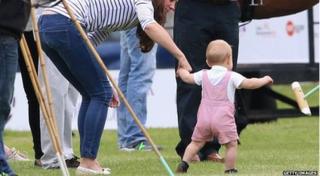 Getty Images
It was an "impromptu family day out", their reps Clarence House said.