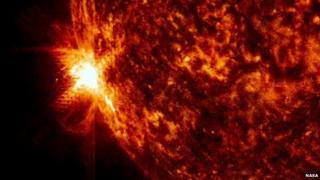 Video of the Sun releasing two significant solar flares have been revealed by the US space agency Nasa.

Nasa's Goddard Spaceflight Centre said the flares were classified as "X-class", which is the most intense type.

They said solar flares like this pose no direct threat to the Earth, but very intense ones can potentially disrupt satellites and other communications signals. 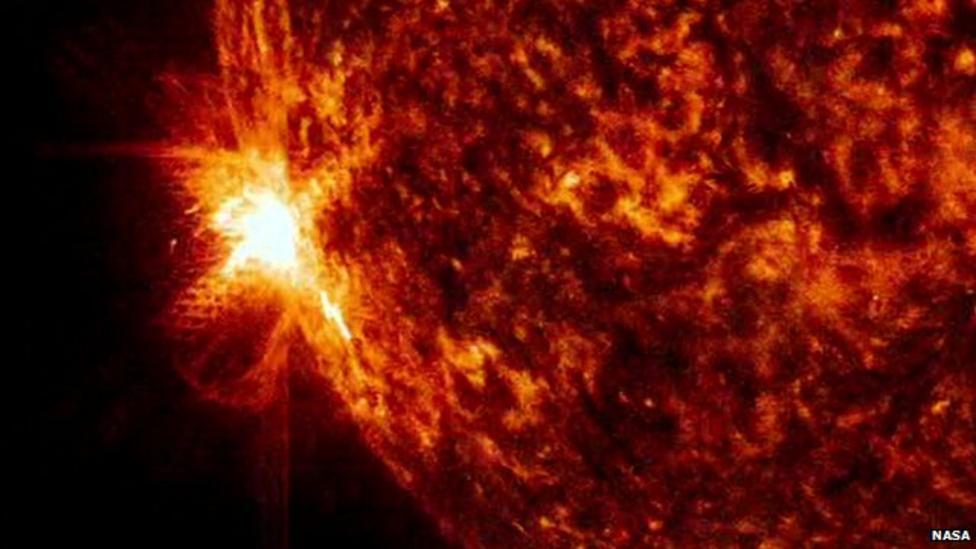