Beaches in Alabama, United States were closed on Monday after a big group of sharks was spotted close to the shore.

BBC reporter Mike Embley said the sharks could have been attracted after a large number of dead fish were thrown into the sea. 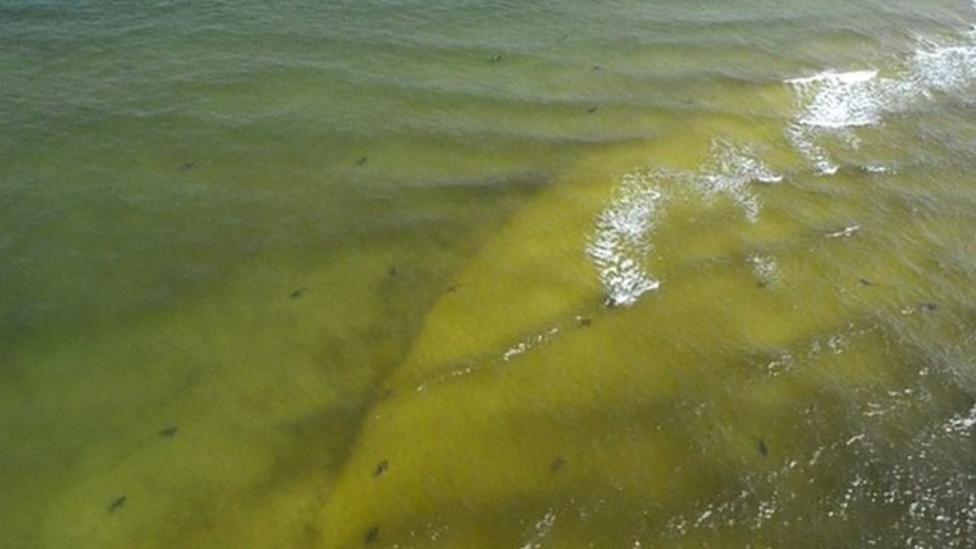