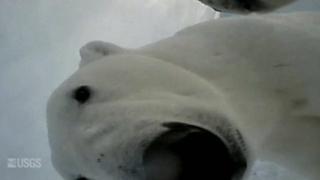 The first ever footage filmed by a polar bear has been released by the US Geological survey.

They attached a camera to the collar of a female polar bear in the Beaufort Sea in Alaska, as part of a new conservation study.

The clip shows the bear interacting with a male and dunking her head into the water looking for food.

The collar was attached earlier this year and is part of a study to find out how polar bears are responding to changes in their habitat. 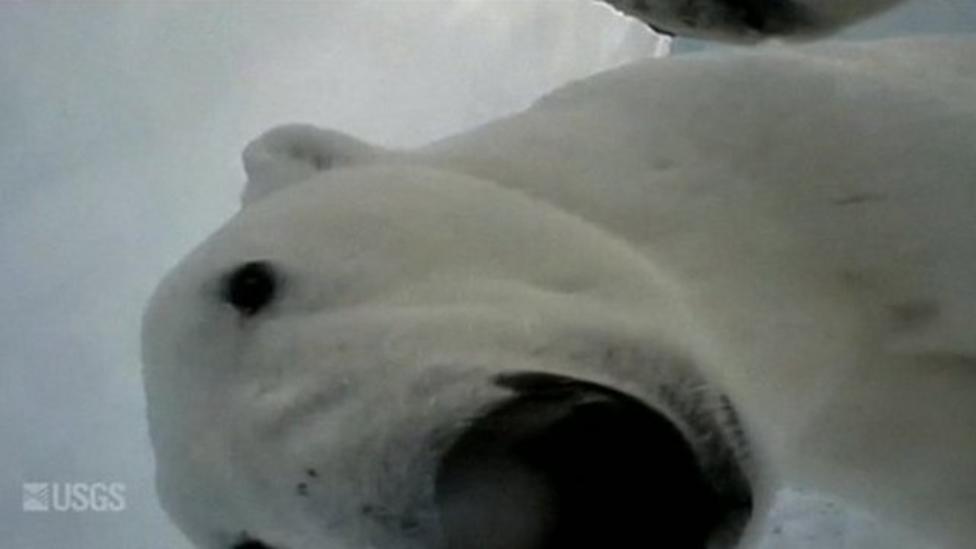