Andy Murray out of French Open after losing to Rafael Nadal 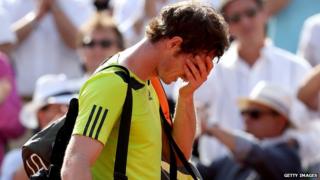 Andy Murray got outclassed by 'The King of Clay' Rafael Nadal in straight sets to be knocked out of the French Open.

Nadal took control of the match early on and won easily 6-3, 6-2, 6-1. Murray simply couldn't compete against the Spaniard's serve and forehand.

Andy played well throughout the tournament to reach his second semi-final in Paris; but Nadal has only lost one match here in the past 10 years.