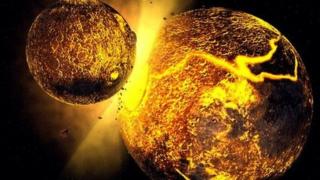 Researchers have found evidence that another world crashed into the Earth billions of years ago to form the Moon.

Researchers analysed lunar rock brought back by Apollo astronauts and found traces of another planet.

The researchers claim that their discovery confirms the theory that the Moon was created by a huge collision.

The study has been published in the journal Science.

Since the 1980s it's been thought that the Moon was created when the Earth and another planet called Theia collided 4.5billion years ago.

But earlier experiments showed Moon rock was made entirely from the Earth. If the collision had happened, the Moon should have been made of material from Theia too.

Dr Daniel Herwartz, from the University of Goettingen, said this was the first time anybody had found definitive evidence for the collision theory.

He told BBC News: "It was getting to the stage where some people were suggesting that the collision had not taken place. But we have now discovered small differences between the Earth and the Moon. This confirms the giant impact hypothesis." 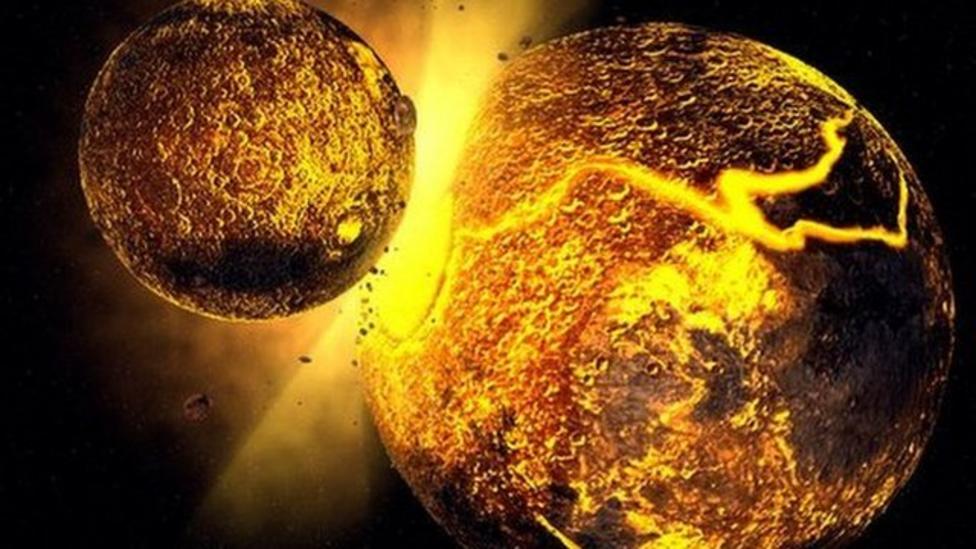