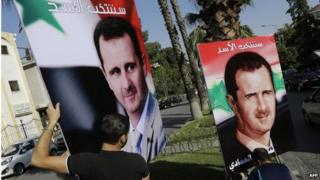 Syrian President, Bashar al-Assad, has won a third term in office after getting 88.7% of votes in Tuesday's presidential election.

Voting only took place in areas controlled by the government, and not in parts of the north and east held by rebels, who don't want Assad in power.

Tens of thousands of people have died in more than three years of civil war in Syria, with millions more displaced.

The two other candidates received just 7.5% of the votes between them.

It was the first time in decades that someone other than a member of the Assad family had been allowed to stand for president in Syria.

But Mr Assad's opponents, and people living in areas where government rebels are in control, dismissed the election as a joke, saying that it was unfair because not everyone could take part. 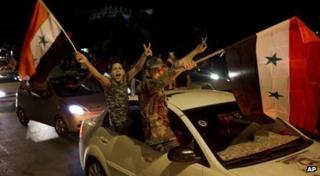 Many other countries have also argued the election isn't fair: US Secretary of State John Kerry described it as "meaningless" and the European Union said it could not be considered "a genuinely democratic vote".

But the Syrian government's main international supporters, including Russia, Iran and Venezuela, said the election was transparent and free, and that it was a start for "stability and national agreement".