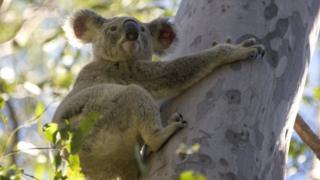 They used thermal cameras to reveal that in hotter weather, the animals moved to the lower, cooler parts of the trees.

The scientists also found that the koalas pressed their bodies even closer to the trunks.

So by hugging them more tightly on hotter days, koalas are able to lose heat without panting or losing water. 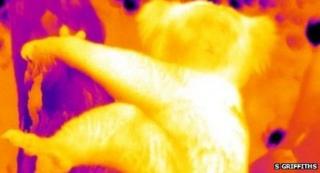 S Griffiths
Thermal images like this led to the discovery.

The team, led by the University of Melbourne in Australia, was studying how koalas regulated their temperature when they made the discovery.

Why do koalas have deep voices? Scientists have the answer...