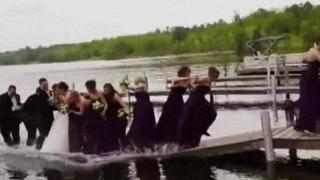 An American couple got a surprise on their wedding day when the jetty they were standing on collapsed.

The group of 22 people - including the bride and groom - were posing for pictures and didn't expect the jetty to collapse from under them.

Some bridesmaids managed to escape, but the rest of the wedding party were soaked.

But the celebrations in Minnesota, America, still were able to carry on as planned... 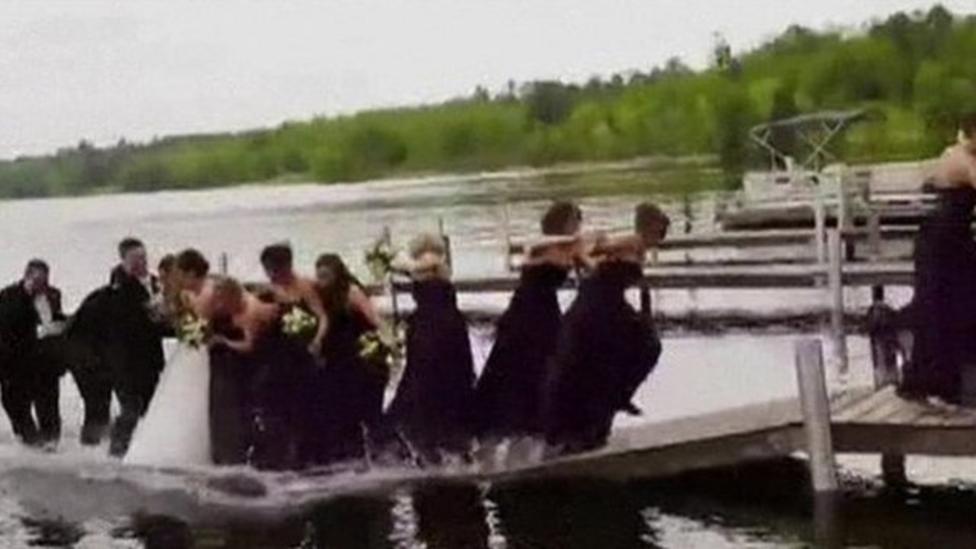