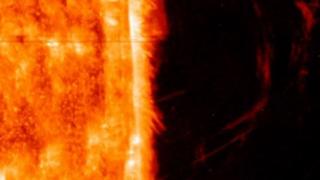 Rare view of huge eruption on the Sun

Space agency Nasa has captured rare footage of eruption of solar material surging off the Sun.

Captured on May 9 the eruption, known as a coronal mass ejection, lets out huge clouds of superheated particles from the sun's corona - that's the outermost and hottest layer.

They can reach speeds of more than a million miles per hour.

What you can see in the footage is about five Earths wide and about seven and a half Earths tall - that's big! 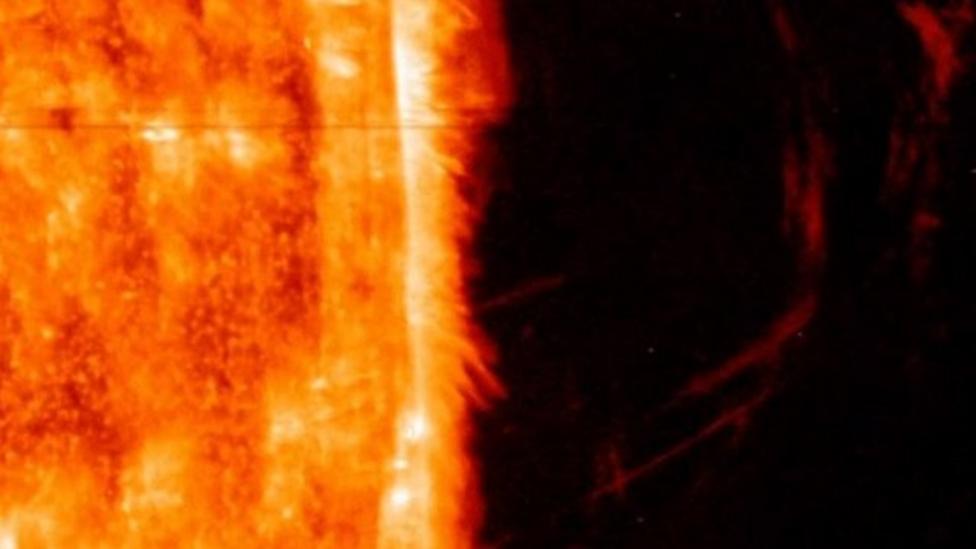 Rare view of huge eruption on the Sun