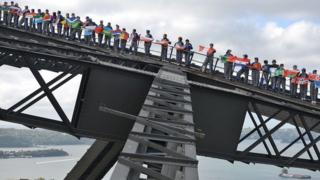 A group led by the famous US TV host Oprah Winfrey set the previous record for most people on the bridge in 2011.

The event was organised by the charity Rotary International, to raise money to help fight the disease polio. 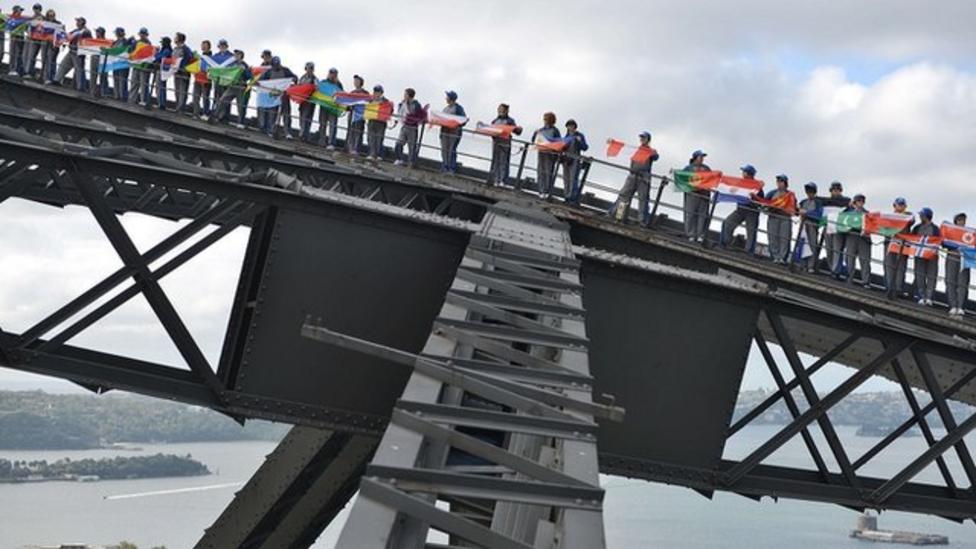