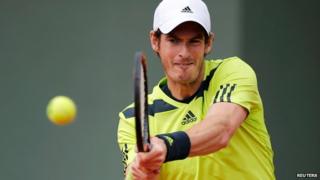 Andy Murray dominated Australia's Marinko Matosevic, winning in straight sets to go through to the third round of the French Open in Paris.

The Scot got off to the perfect start, breaking his opponent's serve in the first game, and the set soon followed.

Matosevic didn't have much to threaten British number one, who was in total control throughout the match. The final scoreline read 6-3 6-1 6-3.

Murray will now face Germany's Phillip Kohlschreiber in the third round.

Afterwards, BBC commentator Annabel Croft said: "That was so impressive in every department... Andy Murray's backhand has been the standout shot of the match.

"He served well, moved well and is now quite a threat in this draw."