Google is to start building its own self-driving cars.

The company plans to build 100 vehicles that wont have controls, a steering wheel or pedals, just a stop-go button.

It will use a combination of laser and radar sensors along with special cameras to drive by itself.

It's makers have given it a 'friendly' face, designed to help people accept self-driving technology. 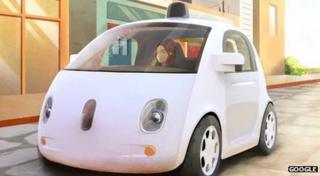 "We're really excited about this vehicle - it's something that will allow us to really push the capabilities of self driving technology, and understand the limitations," said Chris Urmson, director of Google's self-driving project.

The front end of the car is designed to be safer for pedestrians, with a soft foam-like material where a traditional bumper would be, and a more flexible windscreen, which may help reduce injuries.

Ron Medford, safety director for the self-driving car team at Google, said: "I think it has the potential to be the most important safety technology that the auto industry has ever seen," he said.

But researchers are investigating possible downsides to driverless car technology and some say they could make traffic worse.