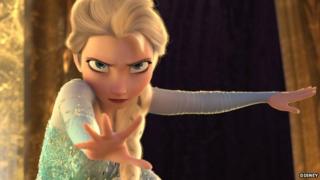 Disney's Frozen has become the fifth biggest-grossing film in box office history - and the top animation ever.

It now stands behind Harry Potter and the Deathly Hallows: Part 2, with $1.34bn (£795m) in global ticket sales.

The film tells the story of Princess Elsa, who accidently traps her kingdom in an everlasting winter with her icy powers.

It's made more money than any other animated movie in history.

Frozen won two Oscars back in March: it picked up the Academy Awards for best animated feature and best original song for Let It Go, sung by Idina Menzel.