A massive peat bog has been discovered in a remote part of Congo-Brazzaville in Africa.

The bog covers an area the size of England and is thought to contain billions of tonnes of peat.

It's believed the peat-layer reaches up to 7m beneath the ground.

Scientists say investigating the carbon-rich material could give them clues about how the environment has changed over the last 10,000 years. 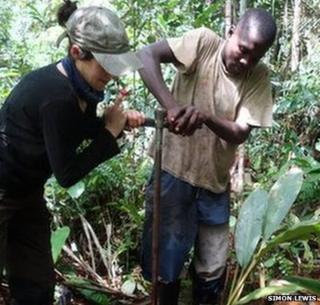 Dr Simon Lewis from the University of Leeds said: "It's remarkable that there are parts of the planet that are still uncharted territory."

He added: "Few people venture into these swamps as they are quite difficult places to move around in and work in."

The bog was originally spotted by satellite and an expedition in April confirmed it was there. 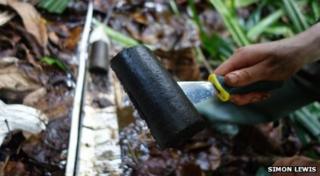 The discovery team battled with dwarf crocodiles, gorillas and elephants as they explored the area. But they said the biggest challenge was soggy feet.

The researchers believe the bog holds billions of tonnes of partly decayed vegetation and have taken samples of the peat back to the UK to analyse it and confirm its age. 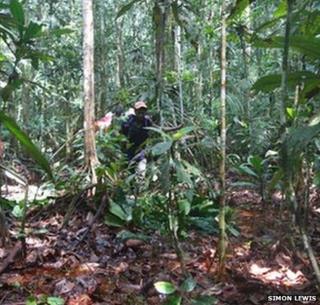 "Peatlands are formed because the plant matter going into the soil is not fully decomposed," Dr Lewis explained.

"It requires slow conditions for the decomposition, so you naturally find most peatlands are in the cold zones. It's rare to find them in the wet and warm tropics, so that makes this an unusual discovery."