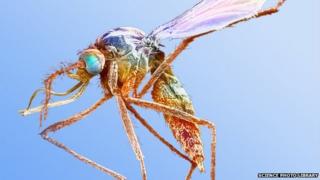 25 April 2019 is World Malaria Day. The World Health Organisation day is designed to raise awareness of the disease and try to help people prevent and treat it.

Scientists around the world are trying to find a vaccine for malaria but what is the disease and why is it such a big problem?

It's a disease caused by a parasite spread by a particular kind of mosquito - the Anopheles - which bites people at night-time.

It's a huge problem in countries across Asia, Africa and South America.

Most cases occur in Africa and the disease is particularly harmful to young children.

Why is it a big problem?

Malaria is one of the most deadly diseases on Earth. The World Health Organisation estimates that more than 600,000 people die from it every year.

Despite this, most people survive malaria after a 10-20 day illness, but it is important to spot the symptoms early.

Fever, headache and sickness are all symptoms of a possible infection. 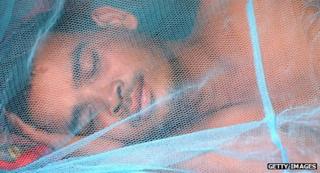 Fighting against the disease

Malaria is preventable and curable.

The best way to stop people getting the disease is to stop them being bitten by the mosquitoes.

But a vaccine would be a more effective weapon against malaria.

Researchers are trying to develop a cheap vaccine, but so far none is available and approved for general use.